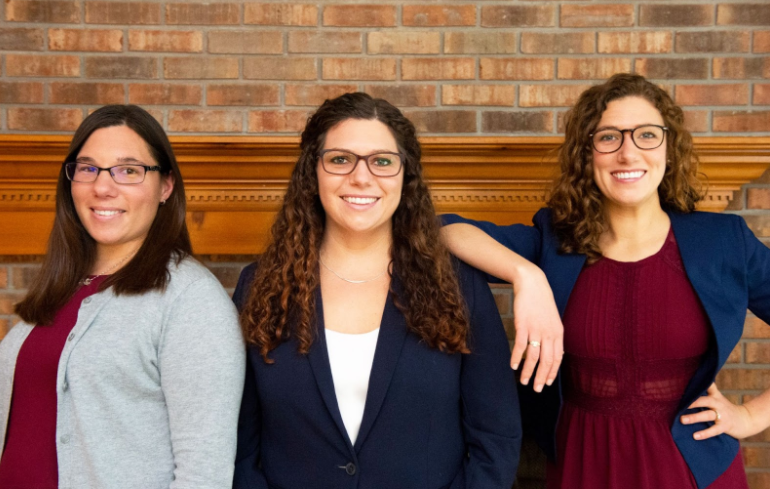 For the past 11 years, Julianne Lord has played a role in the steel and metals industry.  She has spent years of hard work in the refractory and electrode supply business and has recently achieved president at FRC Global Inc.
FRC Global is a next generation business.  Learning the core business from their experience working at their father’s company, the three sisters decided it was time to evolve the company into a refractory and electrode supplier with its eyes focused on the future.  Julianne Lord sits as the president, Leanne Pate enjoys her role as the director of people operations. Dianne Detwiler, is the director of electrodes and a product manager of black refractories.
FRC Global is proud to be a women-run business and consistently encourages the younger generation to jump into the industry. Lord is leading the company with enthusiasm, transparency, and innovative ideas as the president while encouraging her team to think outside the box.
In this article, you will learn about Julianne Lord, her background, dreams, and role in FRC Global.


Education and Career
Lord attended the State University of New York at Plattsburgh and received a B.S degree in entrepreneurship and marketing. She then went on to complete her master’s from Humboldt State University in California in corporate sustainability.
In 2010, Lord became a part of the team at Fedmet Resources Corp. She worked as the marketing manager and spent her early years in the sales support and marketing group.
Over five years, her hard work earned her a significant part of the leadership team, notably the only woman working alongside men. Today, the company has grown and is proud to be more diverse.
Passion for the Steel Industry
Lord grew up exposed to the steel industry. In the 1990s, when her father started the company, Fedmet, she would often hear the workings of his everyday tasks and took an interest in the business.
Lord remained interested in his work and witnessed how he managed to grow the business. Lord's father would often take her along on business trips and other meetings. She was fascinated by the global reach the products had and wanted to be involved in a business that helped one of the world's largest industries.


Lord’s Support System
Lord found a support system in people who worked alongside her daily with a company built by some of the most brilliant employees.
She was able to learn from those experiences around her.  The veteran generation helped mentor the younger employees and passed on knowledge they gathered over the years in the steel industry.
Initially, Lord joined the AISTech Young Professional group and now the Women in Steel group. Her parents consistently remained by her side, always encouraging her and pushing her to pursue her dreams. While her father taught her passion, her mother taught her the importance of personal responsibility, relationships,  and independence.


Some of Lord’s Achievements
Lord spearheaded the restructuring of her fathers company back in 2011, so starting FRC Global and heading the new corporate branding was an exciting endeavor for Lord.  Her sisters worked alongside her to introduce something that the industry hadn’t seen before. After all, FRC Global was to be something special for the upcoming generation.
Over the last two years, one of Lord's aims has been to invest significant capital into technology. It includes an enterprise resource planning system that will help increase transparency, innovation, and efficiency. FRC Global’s entire workforce has played an essential role in bringing about these changes.
Being a woman in the steel industry has been a wonderful learning experience for Lord.  She loves the opportunities to learn more about the industry and also to educate those around her about it.
For a long time, the steel industry has been predominantly male-run. However, Lord is happy to be a part of that change and hopes to inspire and encourage other women to join.


Words of Wisdom
Lord encourages every woman to be resilient and determined. It includes stepping into the steel industry as well as the vendors who supply the industry.  Even though the steel industry has revolutionized itself, there is still a lot of work that must get done. Within the next five to eight years, a generation of employees will retire from the industry to make place for a brand-new workforce. Lord urges women to step out of conventional roles and think outside the box.  It may feel challenging, but this is the time to make your space in the industry.